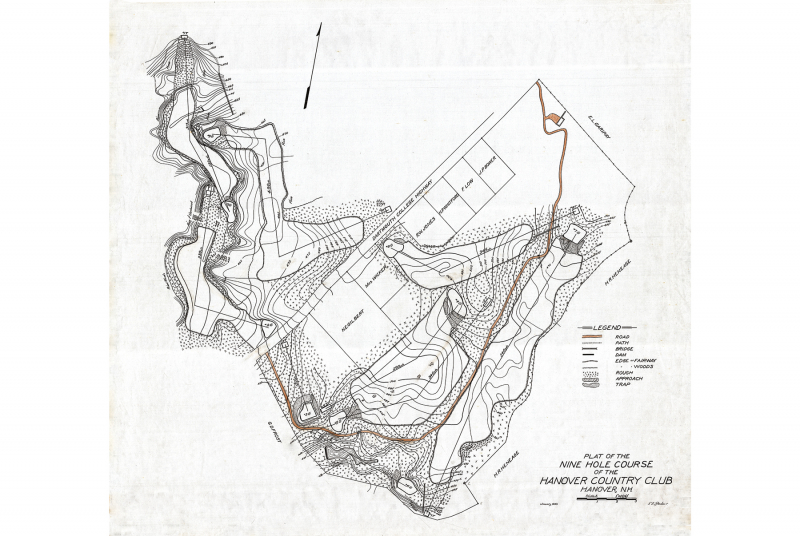 The layout changed numerous times. In 1933 a new nine-hole course opened and included land east of Rope Ferry Road that became a set of practice holes in 1970.

“President [Woodrow] Wilson found the Hanover course…a test for his skill and possibly knows now why the Dartmouth College team occasionally proves such a tough customer for the Princeton (his alma mater) representatives in intercollegiate play.” —The American Golfer, August 1913 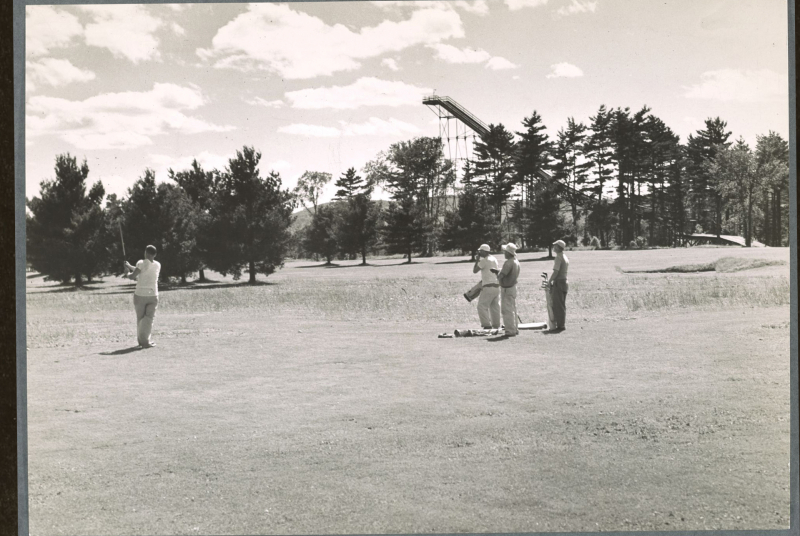 “Every hole had real character, every hole was different.” —Bill Mosenthal ’38

“An organization called the Hanover Country Club has been formed composed of the professors, students, and residents of Hanover for the purpose of promoting all forms of recognized sports,” reported The Dartmouth on October 2, 1896. “A fine golf links has been laid out and some very interesting matches will soon be played thereon.”

Originally, Sunday play was forbidden. Memberships cost $12. An old barn became the clubhouse. Years passed and rounds accumulated. Golf greats such as Ouimet, Sarazen, and Nicklaus came and conquered. Motorized carts arrived in 1971, tee times in 1981, and larger-than-life coaches named Keane and Johnson carefully watched over the swings—and lives—of their charges. Putts were sunk, records set, balls lost. A ski jump (what other golf course had a ski jump?) was dismantled. The layout evolved and grew, as detailed in David Cornwell’s Hanover Country Club booklet published in 1999.

And then, suddenly, no more. After the course didn’t open in 2020 because of Covid-19, President Phil Hanlon ’77 shut it down permanently that July, citing financial distress.

The joyful—and agonizing—memories of thousands of golfers remain. So do those lost balls. It’s not hard to imagine students and professors of a not-too-distant future unearthing these artifacts—on a bustling north campus that birdies, bogeys, strikers, and duffers called home for more than a century.