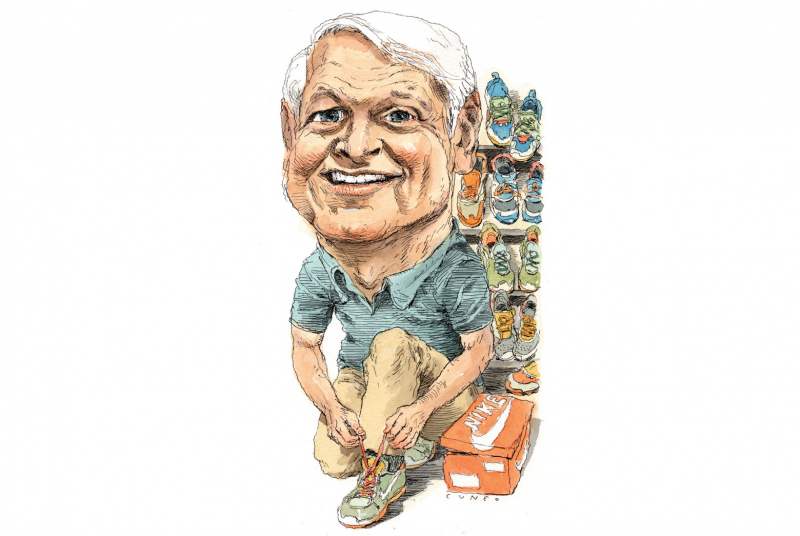 “In times of professional crisis you’re often faced with only difficult choices, none of which look good. That is when courage, character, and teamwork really matter.”

“Starting my career as a consultant was an extension of my experience at Dartmouth. It taught me to ask questions. It taught me to understand situations in a more integrative way. I learned how to engage with people who had different perspectives and that teamwork really matters.”

“The pandemic has made people realize how connected we can be even if we’re apart. We did a Zoom call with 25,000 Nike employees participating all over the world. More than 1,000 engaged in the chat function. Our teams are saying they’re more productive and noticing positive changes in behavior. For example, there is less interrupting and talking over each other in Zoom meetings. People are doing a better job of listening.”

“Corporate culture is incredibly important. We’re in a world where many of the institutions that people have historically looked to for leadership are in decline, so as an alternative many people are looking to the company where they work for purpose and leadership.”

“Purpose matters. That’s what inspires people and brings out their best work. Talented people follow authentic, purpose-driven leaders. When you get purpose and teamwork right, things such as growth and profit take care of themselves.”

“Eileen and I have never thought in terms of family versus career. We were lucky to find each other at Dartmouth and saw ourselves as equal partners from the start. We knew we wanted to try to integrate marriage, kids, and both of our careers, and we tried to maintain a ‘positive sum’ mindset. It has required a lot of tradeoffs, compromises, and hard work, but it’s all been worthwhile.”

“I’ve always been an advocate of servant leadership, and my role models have always been coaches: Phil Jackson, Coach K, most recently Steve Kerr and Tara VanDerveer. Like them, I’ve always wanted to find people for my team who are far more talented than I am.”

“One of my favorite experiences at Nike thus far has been to see how many star athletes are committed to community development. During the NBA All-Star weekend I got to see LeBron James and Anthony Davis surprise kids at a Boys & Girls Club on the West Side of Chicago where Nike had rebuilt the gym. A.D. had grown up in that same neighborhood and was deeply committed to giving back. They gave those kids a real sense of hope and inspiration.”

“At times like this, we may crave predictability, but it’s useful to draw from a lesson we learn from raising children: Perfect predictability is simply not something you can count on.”

“My shoe collection has definitely grown since joining Nike. I probably have about 50 pairs, but that number is moving closer to 100 than to zero.”