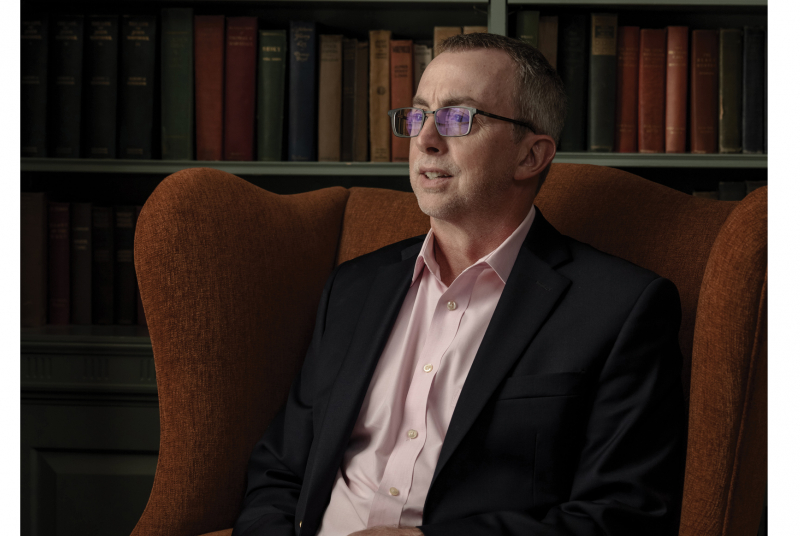 “It Has Been a Difficult Year”

Dartmouth has suffered a tragic loss of several students to suicide in recent months. Isn’t that unusual?
Yes, it has been a difficult year. We usually experience a student suicide once every two to three years. A national mental health crisis on college campuses has unfortunately been present during the last seven to nine years.

How do you know this?
The Center for Collegiate Mental Health at Penn State, a consortium of more than 600 colleges (including Dartmouth), found a 30- to 40-percent increase in counseling utilization during the five years preceding the pandemic, and three-quarters of college counseling centers reported an increase in the severity of mental health needs, primarily around anxiety and depression. The data we collect at Dartmouth is similar. During the same timespan we had a 45-percent increase in the number of students in crisis. We’re seeing about 25 to 28 percent of the student population each year, a fairly sizeable number.

At the height of the pandemic students were confined to their dorm rooms, classes were remote, and congregating for meals was forbidden. How did these precautionary measures affect students’ mental health?
The desire for connectedness is something we all have in common, and when we come to a new community, we search for it intensely. The pandemic required us to restrict students from many of the activities and interactions that connect us to one another. This was especially difficult for first-year students who didn’t already have connections here.

What evidence of the toll of isolation did you see among the students who came to Dick’s House for help?
National surveys show that about 30 percent of students seen at college counseling centers have had significant suicidal ideation, and Dartmouth is close to that number. It wasn’t just the isolation. There is widespread political divisiveness; people are struggling with systemic racism, the growing economic divide, and other issues in our society. Many students lost loved ones to Covid. Loss and lack of connectedness played a heavy role throughout the year.

What is the College doing to support students even as the pandemic recedes?
We have greatly expanded our counseling capacity—this has been a priority of the College since before the pandemic. We used to have 10 clinical staff, and now we have 15. We have protocols for responding to student deaths from whatever cause and reaching out to students who we think may be vulnerable because they were close to the students who died or have experienced other losses. The counseling office has liaisons throughout the campus—to athletics, to each of the house communities, and so on. We meet regularly with them, even when things are going well, and we spend hundreds of hours each term doing outreach and education about suicide prevention and other mental health issues. We help faculty and administrators develop skills for detecting when students are struggling and talking to them about difficult topics and getting them connected with resources.

What about helping students learn what they can do? They may feel a greater obligation to safeguard a friend’s confidence than to call for help.
Fortunately, we’ve seen a significant lessening of the stigma around mental health during the last 10 to 15 years. There’s less hesitancy to ask for help, and more students are open about their mental health experiences. That said, there are people who feel ashamed or embarrassed and there are persistent stereotypes that deter people from seeking help. Students will take turns watching over someone they’re worried about, which is not their responsibility. We’ve been doing a lot of training with undergraduate advisors and are working with the Mental Health Student Union, a student-run advocacy group. We hope to accelerate these efforts, but we need to improve on some issues of trust and communication.

What do you mean?
Things get out on social media that people take as fact. Unfortunately, this has fostered myths about counseling services that could be an impediment to students coming in. One myth is that it takes weeks to get an appointment. That was true 10 years ago when we were understaffed, but it’s not true now. Students in crisis get same-day appointments, and others are seen usually within two to three days. Other myths are that the counseling staff is not diverse enough, that counseling doesn’t help, that all we do is refer people out to community therapists or send them home. None of this is accurate. The vast majority of students we see feel they’ve been helped with their symptoms and academic performance and would recommend us to a friend.

Are you saying that social media has exacerbated the mental health crisis on campus?
It’s a mixed bag, good and bad. One of the benefits is that when people are really struggling or considering suicide, they may put something out on social media along the lines of, “I may not see you again,” or in some other way convey that they’re saying goodbye, such as giving their things away. Many people seeing that will contact us or send us a link so we can reach out directly to the student. On the bad side, social media can circulate misinformation and reinforce stereotypes that make people feel apart. For example, there is a strong stereotype at Dartmouth that everybody loves it here. If you don’t feel that way, seeing people talk on social media about all the ways they love Dartmouth can make you feel worse.

Is suicide entirely preventable?
Suicide is very complicated. We usually never know why the person made that decision. College students are in an age group where people go through a number of normal—and, often, emotional—developmental milestones, such as learning to manage failure. But it’s also a time when some people develop significant mental illness. Between ages 18 and 23, suicide is the second-leading cause of death after accidents. The suicide rate for people who are not in college is higher, though. There is a lot of support on campuses—counselors and staff looking out for you. It’s also a congregate setting, so people might notice when you don’t show up to class or you seem troubled. The good news is that we have been able to intervene successfully with many students who have come to us with significant thoughts of suicide. On the other hand, we may not be seeing the students most in need. Data shows that of college students who commit suicide, 70 to 80 percent of them have not been seen by college counseling centers.

What can be done to find these vulnerable students?
We have received an anonymous gift to extend our mental health outreach efforts with three new positions—two counseling and one wellness coordinator. We have partnered with the American Foundation for Suicide Prevention, which runs an anonymous interactive screening program that could help students who may be reluctant to seek services, and we have partnered with the Jed Foundation, which has assembled a great deal of research on how to structurally mitigate suicide risk on school and college campuses. We will be working with the Jed Foundation during the next four years to collect and analyze information in order to improve what we do campus-wide to support student well-being. Suicide is not just a counseling issue, it involves the entire campus community and requires the commitment of senior leadership, which we have.

Researchers are documenting the pandemic’s lingering emotional impact on many people. How is the College responding to these developments?
We’re planning a campus-wide student survey focused on mental health. We think this will give us useful feedback on student needs, areas where we can provide additional support, and insight into how to reach those who may not think of counseling as something for them. I hope we are emerging from the pandemic. But the divisive societal issues are still quite present, which is why we must continue to invest every way that we can in the well-being of our students and their sense of connectedness to the Dartmouth community.