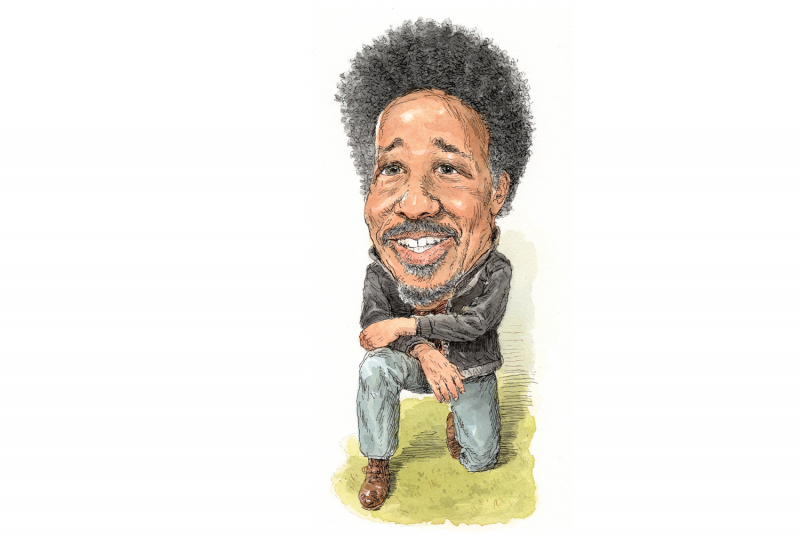 Notable: A founder of Afropessimism, which posits that Black people are forever enslaved, thus socially dead; his books include Afropessimism (Liveright Publishing, 2020), a National Book Award finalist, Incognegro: A Memoir of Exile and Apartheid (South End Press, 2008), and Red, White and Black: Cinema and the Structure of U.S. Antagonisms (Duke University Press, 2010); numerous awards for criticism, fiction, and poetry

“We are not one country. The things that could make Black people happy could terrify other people.”

“I was dismayed but not surprised to read, in the June open letter from Black faculty, staff, and students, that the same ‘racially hostile’ dynamic I experienced exists at the College today. I came from a Minneapolis high school that was dedicated to revolution while most of the people at Dartmouth were dedicated to the upper classes in some way. Anything other than an Enlightenment progress narrative was crowded out. Such narratives are not capable of explaining life in America; they are used to help people not look at Black lives.”

“I came to Dartmouth as an All-City, All-American linebacker and almost never started because alumni came to our practices. I could be No. 1 on the depth chart on Thursday, and they would just drive their Mercedes and Jaguars onto the field and point out their relatives and those would be the guys who would start. There were seven Black guys on the team, and we’d get thrown in on the third and fourth quarter if the coach thought he needed to save the game.”

“Dartmouth trained me how to be an academic, but tried to hinder me from being an intellectual. The two can cross over, but intellectuals understand what their work is doing on behalf of which kind of ideology. Most academics don’t have that fine tuning.”

“When I came back to Dartmouth in 2016 to deliver the Bill Cook lecture, I met privately with a group of Black students. The chronic depression just coursing through their blood was the same thing I felt as a student.”

“My latest book is difficult reading. White readers I’ve met say it’s depressing, but Black readers have described it as exhilarating and clarifying. It concludes that violence against a body designated as slave is a violence that allows other people who are not designated that way to know themselves as being human.”

“There were no Black people prior to the Arabs, Chinese, Iraqis, Iranians, Moroccan Jews, and Indians invading Africa from the 600s through the 1000s. There were Ashanti and Masai. Slavery created Blackness.”

“Blackness is always without consent in the collective unconscious. When someone says, ‘I recognize your rights,’ that’s their conscious mind. But their unconscious mind is also saying, ‘You are an extension of my arm. You are my tool in the world.’ ”

“The Colin Kaepernick story is tragic. The NFL will change but, just like protestors on the streets, Kaepernick will never benefit from what he started.”

“I don’t vote, because I am not interested in the reform of this country. It doesn’t have a right to exist. America is an unethical institution. You cannot have a historical foundation that is based on the literal destruction of 12 million Indians and perhaps 60 million Black people.”

“I think [Minneapolis police officer] Derek Chauvin will be convicted, because he knelt on George Floyd’s neck for eight minutes. I’m not sure the other officers involved will be. That will send the same message we’ve received since the murder of Trayvon Martin: This is just the 19th century all over again, where Black people get killed with impunity and nothing happens.”

Read an excerpt from Afropessimism here.

Read more about Frank B. Wilderson III in the September-October 2010 issue of Dartmouth Alumni Magazine.