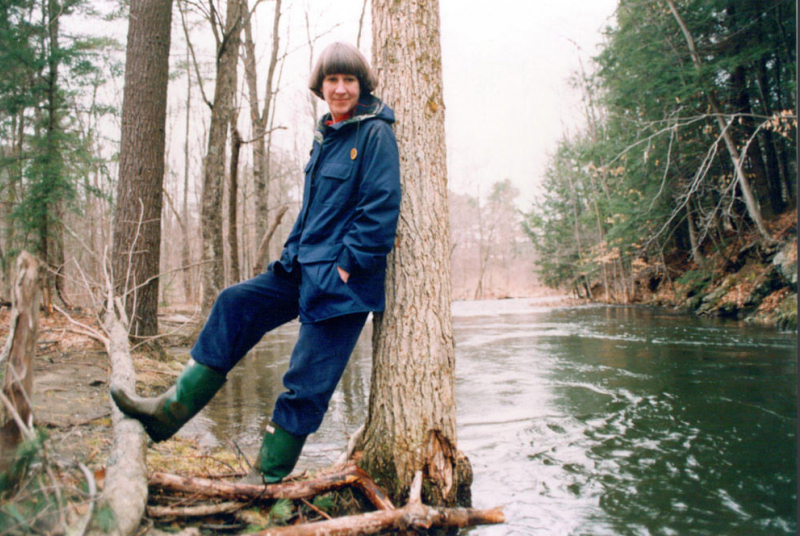 The ominous message of Donella and Dennis Meadows 50 years ago has grown more urgent than ever.
Jon Kohl ’92 | November-December 2021

Fifty years ago Donella and Dennis Meadows and their colleagues at MIT repeatedly ran their computer model, World3, to see how Earth would behave under various environmental and economic policies. Across many scenarios, World3 spit out the same answer: Civilization could collapse in a century as the costs of coping with pollution and resource scarcities accumulated to a point civilization could no longer bear.

When they published 12 of their scenarios in Limits to Growth, the authors unleashed a global fury of interest—selling 9 million copies in 30 languages—and an even more furious resistance among those who lambasted the book as doomsayer predictions. But the book’s message has sustained itself—and even heated up. While the Meadows and their coauthors said they offered only policy choices, not predictions, today their message feels like prophecy.

The Soviet Union banned it. The Nixon White House denounced it. Mobil ran ads against it.

The book casts “a spotlight on the idea that something as big as a planet, in our little human eyes, can be compromised. That is a profound contribution,” says Michael Dorsey, a former professor of environmental studies at Dartmouth and member of the Club of Rome, which commissioned the Limits to Growth research.

But many economists, business leaders, and politicians didn’t see this contribution, they saw scaremongering forecasts. The Soviet Union banned it. The Nixon White House denounced it. Mobil ran ads against it.

“You wouldn’t think such simple conclusions would stir up much fuss, but the fuss was incredible. The storm went on for years,” Donella later wrote.

“The possibility of global collapse is so terrifying that many people badly wanted to find errors in the analysis. One easy way was to call it a forecast, label it wrong, and thus dismiss it,” says Drew Jones ’90, cofounder of Climate Interactive, an organization that uses models to educate policymakers about climate change.

In a 1980 essay about Limits to Growth, Dartmouth English professor Thomas Vargish argued that people’s deepest fear lurks in the powershift from God to humans, who must now master-plan a sustainable civilization to avoid collapse. “Here is where the existential terror hits,” Vargish wrote. “The ‘big picture’ will no longer be the work of God or of the invisible hand of the marketplace or of history. It will be our work….There is nothing left to fall back on—no divine will, no laws of the marketplace, no inexorable dialectic.”

Dennis Meadows and his team at MIT’s systems dynamics group generated scenarios based on five variables: population, agricultural production, natural resources, industrial production, and pollution. The group’s work so impressed Dartmouth President John G. Kemeny that he invited the entire team to Dartmouth. Only the Meadows couple accepted his offer of tenure in 1972—Dennis at Thayer and Donella, known as Dana, in the environmental studies department.

“Dennis was more aware of the politics and difficulties, while Dana was the perpetual optimist,” says John Sterman ’77, who later studied with the systems dynamics group and now directs it. “She was always convinced that people were fundamentally good and most people were sincerely concerned about the welfare of others.”

By 1985 Dana could no longer stand by as the media missed what she regarded as the crucial message of Limits to Growth. “It is not sufficient to make your point once and then blame the rest of the world for not getting it,” she said. “The point has to be made patiently and repeatedly, day after day after day.” She gave up tenure to teach part-time and started writing her nationally syndicated, Pulitzer-nominated column, “Global Citizen.” It hammered one basic message, according to a 1993 story in Dartmouth Alumni Magazine: If we continue to treat the earth as an expendable resource, it is the human population, not the earth, that will perish.

“It is not sufficient to make your point once and then blame the rest of the world for not getting it.”

In 1971 World3 plodded on a glacially slow, massive mainframe with incomplete data and untested assumptions. Critics attacked these and other points. By 2002, however, its scenario run-time fell from 15 minutes to four seconds. The authors refined the model and added more data. But the outcomes did not change. The authors re-enforced their conclusions in sequels published in 1992 and 2004.

The original Limits to Growth demonstrated how exponential growth of economic output, population, and long-lasting pollutants could provoke collapse, but the authors did not consider until their sequels what today are the most ominous pollutants: greenhouse gases. One 2019 study calculated that by mid-century, the world will have paid $8 trillion to remediate climate change effects. In a highly reported 2021 study in the Journal of Industrial Ecology, author Gaya Herrington, now the sustainability and systems dynamics analysis lead for KPMG, one of the largest accounting firms in the world, used new data to conclude that two of four Limits to Growth scenarios tracked very closely with civilization’s current trajectory heading toward “terminal economic decline” in the next decade and possible collapse by 2040. “The LTG work implies that this window of opportunity is closing fast,” Herrington writes.

Despite these dire conclusions, critics still argue that technology will save the day. “Every year someone writes a new book claiming that technology—perhaps lab-grown meat, fusion power, or artificial intelligence—will let us keep growing indefinitely,” says Sterman. “The critical lesson of Limits isn’t whether technology lets us find more resources or reduce pollution. It’s that there is no purely technological solution to the problem.”

Dana, who died in 2001, understood time and how people often misunderstood exponential growth rates. She told this teaching riddle: “Suppose you own a pond on which a water lily is growing. The lily doubles in size each day. If the lily were allowed to grow unchecked, it would completely cover the pond in 30 days, choking off other forms of life in the water. For a long time the plant is almost invisible, and so you decide not to worry about cutting it back until it covers half the pond. On what day will that be?

1.“If the present growth trends in world population, industrialization, pollution, food production, and resource depletion continue unchanged, the limits to growth on this planet will be reached sometime within the next one hundred years. The most probable result will be a rather sudden and uncontrollable decline in both population and industrial capacity.”

2.“It is possible to alter these growth trends and to establish a condition of ecological and economic stability that is sustainable far into the future. The state of global equilibrium could be designed so that the basic material needs of each person on earth are satisfied and each person has an equal opportunity to realize his individual human potential.”

3.“If the world’s people decide to strive for this second outcome rather than the first, the sooner they begin working to attain it, the greater will be their chances of success.”