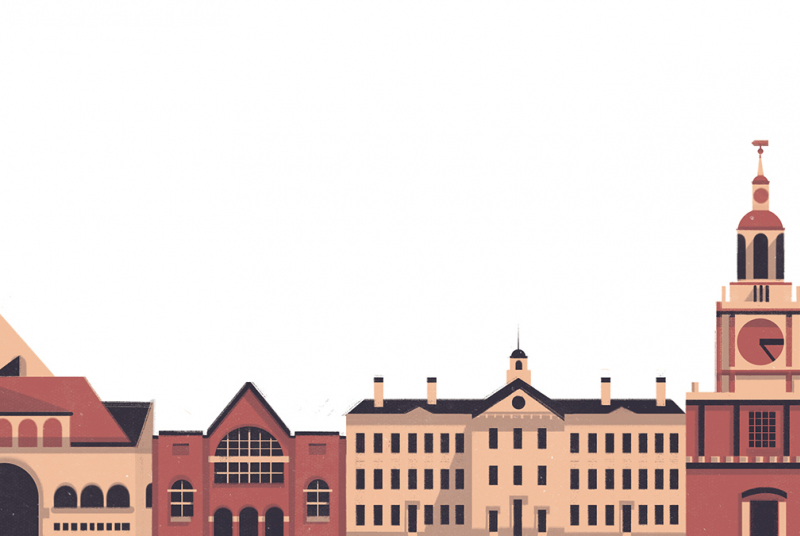 HOUSING GAMBLE
To help with a student housing crunch, the College held a lottery to provide $5,000 payments to up to 200 students to give up their on-campus housing.

UPON FURTHER REVIEW
Geisel Medical School officials dropped all charges against 17 students accused of online cheating in March. “I have apologized to the students for what they have been through,” said dean Duane Compton.

MONEY MAN
CFO Mike Wagner has left Dartmouth after 20 years to become VP for finance and operations and college treasurer at Williams.

UPON FURTHER REVIEW, PART TWO
The nonprofit Athlete Ally has updated its score for Dartmouth Athletics inclusion policies to a perfect 100.

ROCKING THE BOAT
Heavyweight rowing coach Wyatt Allen was named the NCAA Division I Head Coach of the Year by the Intercollegiate Rowing Coaches Association. Three of his rowers earned spots on the U23 World Championships this summer.

HONOR ROLL
Phi Beta Kappa inducted 144 members of the class of 2021 in a June ceremony held in Spaulding Auditorium.

ON THE ICE
Liz Keady Norton is the new women’s hockey coach. She spent the past two seasons leading Boston University to a 38-14-4 record.

BETTER LATE THAN NEVER
More than 40 members of the class of 2020 are working with alumni relations to plan a Commencement “event.” The pandemic canceled the class’ ceremony on the Green.

TREK FREE OR DIE
College photographer and endurance hiker Eli Burakian ’00 completed a 345-mile trek through New Hampshire from the Massachusetts border to the Canadian border in just nine and a half days.

OUT OF BOUNDS
A federal report indicates coaches of men’s teams at Dartmouth earned nearly $40,000 more than coaches of women’s teams in recent years.

ALOHA
Former basketball coach and player Jabari Trotter ’12 is joining the Dartmouth coaching staff for a third time. He is departing his job as an assistant coach for the University of Hawaii. The former guard has played in the second-most games—112—in College history.

ON THE HILL
Government prof Mike Herron testified at a U.S. House hearing in June on voting rights and the John Lewis Voting Rights bill, which failed to move forward in the Senate because of Republican opposition.

IT KEEPS GETTING WORSE
Hanover officials are considering a possible six-figure property tax on the now-closed golf course, claiming the 120 acres may no longer serve the College’s educational mission.

OVER AND OUT
Dartmouth is selling its radio license for WFRD 99.3 (99 Rock) due to a lack of student interest—and recent profits. WDCR will remain as a noncommercial student operation.