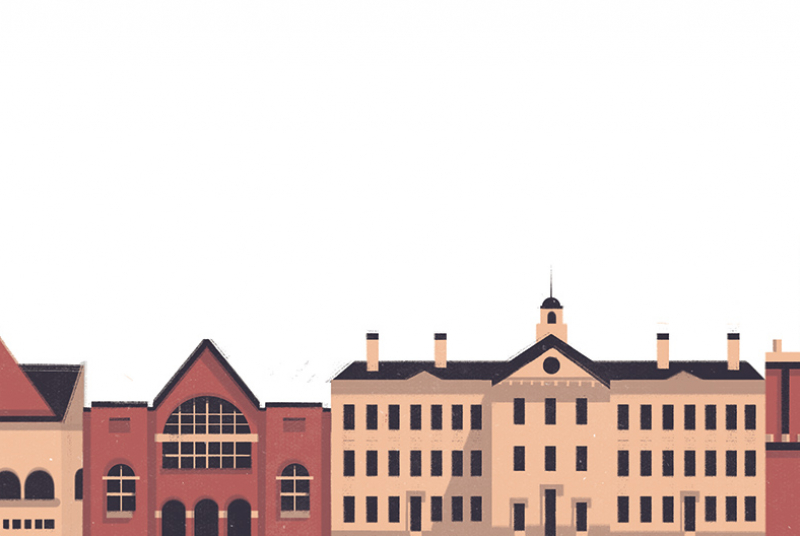 Spot On
Singer-songwriter Matt Haughey ’21 released his fifth single, “Sorry,” on Spotify, where his songs have been streamed more than a million times.

Moving On
Provost Joe Helble is leaving the College to become president at his alma mater, Lehigh University in Pennsylvania.

The Bowl Truth
“It’s rational and irrational, it’s strong and small and big, and all of these things that we try and load into the idea of what is Dartmouth. It’s adventurous, right?” says Hood Museum Director John Stomberg of Wide Babelki Bowl, the wood sculpture near Rollins Chapel by Ursula von Rydingsvard.

Uh-Oh
The athletics department fared poorly in a report on LGBTQ+ inclusion policies and practices. Nonprofit Athlete Ally gave Dartmouth a score of only 40 out of a possible 100.

False Charges
A computer science professor accused of sexual harassment by a grad student has been exonerated. His accuser went on a hunger strike last summer, claiming the investigation was unfair.

Malpractice?
A murky cheating scandal involving 17 Geisel School of Medicine students and a remotely taken test has made national headlines with protests, petitions, investigations, and 10 students being expelled, suspended, or otherwise punished.

Back on Course
Women’s golf coach Alex Kirk, who lost his job when the team was cut last year, has returned to lead them again.

Vigil on the Green
More than 1,000 people participated in a May 25 candlelight remembrance of four undergrads who died during the academic year.

Bugged
“Magicicada is the genus name, and they’re magic,” says biological sciences professor Matthew Ayres of cicadas with a 17-year life cycle now emerging in large numbers in parts of the country.

Get Those Shots
Vaccinations are required for all students returning to campus in the fall.

Rising Up
The $113-million Irving Institute for Energy and Society and the $200-million Center for Engineering and Computer Science are expected to be completed and ready for business by the end of fall.