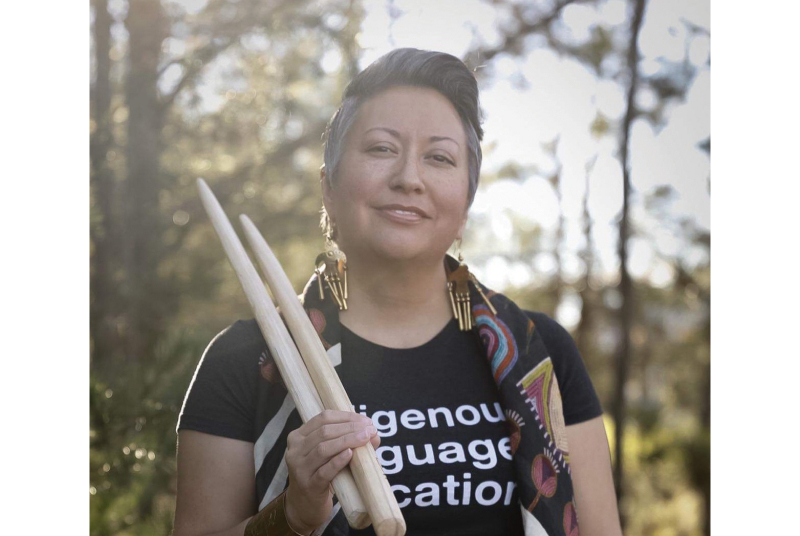 Ammann went hunting one evening last fall with plans to bring a deer to a class of Ojibwe sixth- and seventh-graders and teach them how to butcher it. The Waadookodaading Ojibwe Language Institute (WOLI)—on the Lac Courte Oreilles Ojibwe Reservation in Hayward, Wisconsin—turns activities such as harvesting wild rice, maple sugaring, and snaring rabbits into hands-on math, science, and anatomy lessons. “We have our own cultural ways to teach,” Ammann says. “Language and culture revitalization are a vital part of our holistic, wellness approach.”

Waadookodaading—which means “place where people help each other”—began in 2000 as a half-day kindergarten language-immersion program. Hired as director in 2010, Ammann added a preschool, and the school now runs through eighth grade. She now hopes to broaden WOLI’s teacher training and revitalization research. “Indigenous people often are disenfranchised from their language,” says Ammann, whose 12- and 13-year-old sons are bilingual in English and Ojibwe. She has adapted various approaches to teach young children their native tongue, including the innovative methods of renowned Dartmouth language professor John Rassias. “She’s a tenacious leader,” says Michael Migizi Sullivan, director of Native American studies at Lac Courte Oreilles Ojibwe College. “She won’t compromise the integrity of our language, the integrity of our culture.”

Ammann, who majored in religion, earned a master’s in education at Harvard and is pursuing a doctorate at the University of Hawaii. A 2021 Luce Foundation Indigenous Knowledge fellow, she also consults with several tribes and Indigenous nations on how they can reclaim imperiled languages and traditions. “Our own language has a really good chance of being spoken 50, 100 years from now because of the work we’ve all done and the investments we’ve made in our children.”