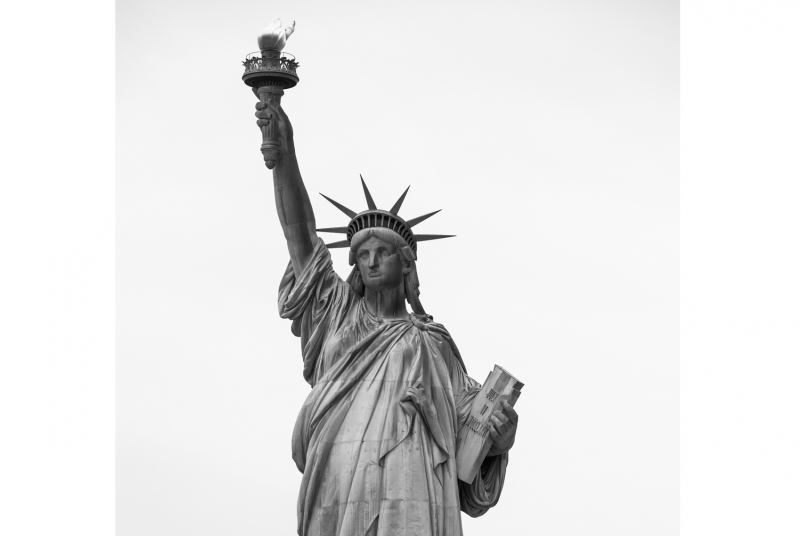 “You wouldn’t know it from the rhetoric, but the basic story that comes out of economic research is that immigrants, and Central American immigrants in particular, are beneficial to the U.S. economy,” says Lewis. “There’s an absence of just basic facts.” For one thing, immigrants are not just workers but consumers. Their demand for products and services helps fuel increases in labor demand that result from their being here. Lewis—who teaches econometrics (tools for inferring relationships in data) and whose research focuses on how U.S. labor markets adjust to immigration and technological change—reveals more myths below.

Myth 1.
Immigration Displaces U.S. Workers
The Truth: The vast majority of native-born workers, including low-skill workers, earn higher wages and have higher rates of employment as a result of immigration. The number of jobs is not fixed (a misconception economists have been fighting since at least 1892): Jobs are added slightly more than one-for-one with each new immigrant. Removing immigrants would likely increase, not decrease, the unemployment of natives.

Myth 2.
Adding Immigrant Workers Lowers Wages
The Truth: The basis for this myth—the “downward sloping demand curve”—assumes that capital (buildings, machinery) is fixed. But capital actually adjusts, resulting in no long-run wage harm from a pure increase in the number of workers. The long run is relevant: Annual arrivals of immigrants are small enough that capital per worker is never substantially diluted. Wage declines that do occur are largely borne by immigrants, especially those who lack English skills, while natives respond by moving into higher-paying jobs where English is more important.

Myth 3.
Immigration Raises Crime Rates
The Truth: Immigration lowers crime rates. Immigrants—Central Americans in particular—commit crimes at below half the rate of natives. This makes sense since immigrants are here primarily to work. Estimates indicate that this is true at the metro and neighborhood level.

Myth 4.
Only Immigrants Benefit from Immigration
The Truth: Immigrants are the biggest beneficiaries of immigration, but the entire country benefits. Immigrants contribute to overall economic growth through high rates of entrepreneurship and patenting. Immigrants are more likely than natives to start businesses, and they are disproportionately represented at high-tech firms (as founders and workers), among natural scientists and engineers, and among Nobel Prize winners.