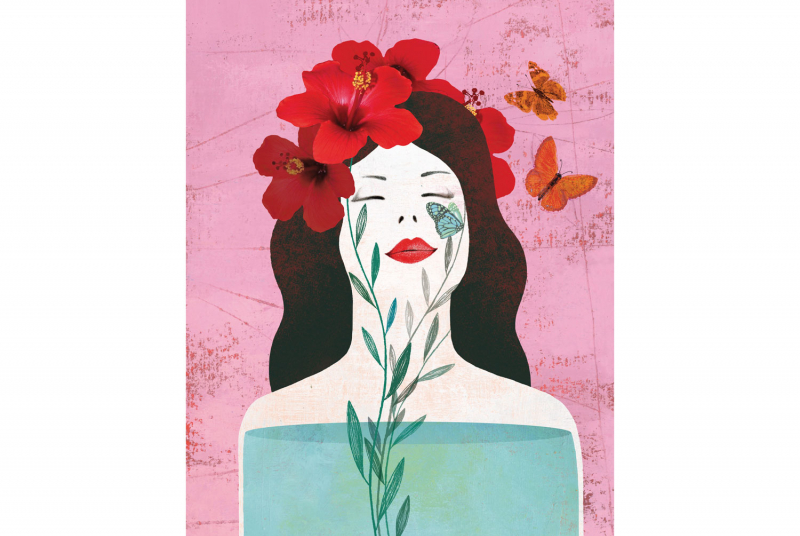 Frances Cha ’07
If I Had Your Face
(Ballantine Books)

In this haunting, exquisitely sad debut novel about young women in contemporary South Korea, life is as Darwinian as it is in any boxing ring. Set in a glittering, hyper-stratified Seoul, only the moneyed and attractive (as defined by the impossible standards of the young demigods of K-pop) are worthy of being seen, valued, loved, or paid. Beauty is the path to money (and from there to happiness, allegedly), but what if you weren’t born with the right genes? There’s always the knife, for a price—and the price might be more than monetary.

Told in short, efficient yet lyrical bursts by a rotating cast of first-person narrators of varying reliability, If I Had Your Face follows Kyuri, whose expensive face has gained her a job pouring drinks and entertaining men at an underground salon; her roommate, Miho, an American-trained artist caught in a nerve-racking relationship with the scion of proud corporate tycoons; their neighbor, Sujin, who submits to a harrowing round of plastic surgery in a bid for a job like Kyuri’s; and her roommate, Ara, a hairstylist who pines (silently, as she’s mute) for a K-pop star.

To a significant degree, the characters’ preoccupation with physical beauty is a stand-in for their laser focus on money, status, and class. In a city whose pervasive economic inequality has been shouted from the cinematic rooftops by the Oscar-winning film Parasite—which Cha’s novel echoes in certain respects, including Miho’s stunned reaction to her boyfriend’s parents’ ostentatiously luxurious home designed by “a famous Dutch architect” who sounds a lot like Rem Koolhaas—the pursuit of wealth is the prime directive.

In a deeply patriarchal system in which economic opportunities for women are rare, Cha’s women’s main currency is their ability to appeal to men, who have most of the money and all of the power. (The soul-warping effects of misogyny extend here to females themselves, especially mothers-in-law and grandmothers, whose hatred for the younger women in their lives provides some of the book’s most acidic episodes.) For Kyuri and Sujin, who scrape together enough cash to afford plastic surgery, it isn’t so much about vanity or its evil twin, self-hatred. It’s about trying to secure their futures in a system rigged against them. But their best-laid plans go awry, as such things do, and in the end, all they have is each other.

Erdrich’s latest novel is based on the life of her grandfather, Patrick Gourneau, a night watchman who was the tribal chairman of the Turtle Mountain Band of Chippewa in North Dakota. In the 1950s, Gourneau fought U.S. government efforts to divorce the Chippewa from their land—as does Thomas Wazhashk, the protagonist of this heavy tale.

Cline reconstructs the 1925 archaeological expedition to the ancient and historically significant city of Megiddo in northern Israel (known to the Greeks as Armageddon). The author, a professor of classics and anthropology at George Washington University, utilizes letters, diaries, and cablegrams to paint a portrait of the expedition—and the infighting that occurred. “An original and lively study that skillfully miaxes archaeology with personalities, and politics with culture, science, and technology,” writes one reviewer.

In her second book of poetry, Barba focuses on the idea of deep time in relation to the human life-span. Barba, a senior editor at New York Review Books, first rose to prominence with Fair Sun, which garnered numerous awards. The New York Times Magazine calls the new collection “rich with shining interiors and tactile relationships, delicate human to delicate earth, small delusions of ownership against wider backdrops of loss and time.”

In her second novel, Boyce weaves together multiple family dramas that take place in a small New England fishing town. The result is a gripping puzzle—and though the story comes together neatly at the end, its emotional themes linger well beyond the last page.

Additional books that were not listed in our print edition:

Richard C. Cahn ’53 shares stories of cases from his legal career to explain the ethos and traditions of the justice system during the 1950s and 1960s, “a time when judges were chosen for their dedication to both,” he says, in Making Law: A Memoir of Good Times (Gatekeeper Press). He concludes with Eisenhower’s dire warning of the dangers to America of its judiciary system becoming “a repository of unbalanced partisan attitudes.”

Robert Morison ’72, a lead faculty with the International Institute for Analytics, examines how the longevity revolution will spawn new products and services, upend traditional life-stage boundaries, and drive new medical and life-extending technologies as coauthor of What Retirees Want: A Holistic View of Life’s Third Age (Wiley).

Norwalk Community College professor Pamela Gordon ’87 offers more than 800 images of artwork from around the world and through history and provides the tools to think critically about art in the textbook, Art Matters: A Contemporary Approach to Art Appreciation (Oxford University Press).

Shiamin Kwa ’95, a professor of comparative literature at Bryn Mawr College, explores how literary comics of the 21st century engage today’s audiences by experimenting with visual and verbal narrative strategies in Regarding Frames: Thinking with Comics in the Twenty-First Century (RIT Press).

Vaughn Booker ’07, a Dartmouth professor of religion and African and African American studies, highlights jazz’s takes a pivotal role in race relations by examining the connection between jazz musicians and Black religious expression in Lift Every Voice and Swing (NYU Press).

C.T. Rwizi ’14 follows 18-year-old Salo on his journey to test magical powers he has secretly developed and to redeem himself with his tribe in Scarlett Odyssey (Amazon Publishing), a debut “noteworthy for its African-inspired setting,” according to Library Journal.